Cannabis can be broken down into different forms to benefit its users differently. Cannabinoids are essential chemicals that are found in cannabis and have medical and recreational properties. However, most people don’t know much about cannabinoids and how they affect their bodies.

Sellers keep a marijuana seed bank having seeds that you can purchase to plant. When the plants mature, you can ingest, vape, or smoke them to experience their unique benefits. When cannabinoids interact with CB1 and CB2 receptors in your brain and body, you’ll experience a eureka moment. This article highlights some cannabinoids you need to know after buying your cannabis from Homegrown Cannabis Co.

CBD or cannabidiol is a compound that’s found in cannabis and hemp plants. It’s produced by tiny mushroom-shaped organs known as trichomes found on the flowers and leaves of cannabis plants. Cannabidiols fascinate people because of their medicinal and psychoactive properties. Among the hundreds of cannabinoids that scientists have discovered, CBD is the most frequently studied and abundant.

This chemical compound is present in every cannabis plant, though in differing degrees. Plants that are grown to produce high levels of THC have low quantities of CBD. However, with an increasing interest in this cannabinoid, breeders are selectively growing some plants to produce more CBD content.

You can extract CBD from every strain of cannabis. However, some cultivars have higher levels of CBD than others. An excellent example of such a strain is industrial hemp that produces high CBD levels but low THC levels.

CBD is immensely popular because scientific research has revealed it has many therapeutic properties. Its non-intoxicating nature has attracted users who desire to experience the benefits of cannabinoids without getting high. Some users consume CBD as a supplement, while others use CBD oil. CBD treats a wide variety of conditions, including nausea, anxiety, neuro chronic neuropathic, and inflammatory pain.

THC (Tetrahydrocannabinol) is among the most well-known cannabinoids that are extracted from cannabis. It’s psychoactive and responsible for giving its users the signature’ high.’ When you consume this cannabinoid, you’ll experience intense feelings of relaxation, sedation, joy, euphoria, and more. THC is the most abundant cannabinoid that’s found in marijuana plants.

The highest concentration of THC is in the trichomes. Trichomes protect cannabis plants from parasites, pests, and predators. These concentrations are significant when the plant is flowering. When you consume THC, it interacts with the CB1 and CB2 receptors in your body. These receptors are in parts such as the kidneys, brain, lungs, spine, central nervous system, and immune system.

Research shows that this compound has several medicinal uses. Some studies suggest that it can help treat post-traumatic stress disorder, chronic pain, insomnia, and glaucoma. However, one of the biggest concerns that most people have about using THC for treatment is that it results in contrasting effects in different individuals.

Some people may feel relaxed and sleepy after taking it, while others may feel anxious, nervous, and restless. Though research isn’t clear about what brings these imbalances, some people think it may be due to different body chemistries or different THC concentrations.

THCV (tetrahydrocannabivarin) is not popular as CBD and THC. However, it’s slowly gaining popularity because of its clear, stimulating cerebral high. TCHV has a molecular structure that resembles THC’s though it affects the body differently. Research shows that THCV can increase the effects of THC if it’s taken in large doses.

Though THCV has received widespread fame like CBD or THC, it has some medicinal properties. One of the most significant benefits is its ability to aid in the treatment of diabetes. Research published in the journal Diabetes Care showed that THCV impacts the lipid and glycemic parameters in diabetic patients. It also found that it can enhance pancreatic cell function and minimize plasma glucose levels.

Apart from managing diabetes, researchers have also discovered that it can help in suppressing appetite. When you take it in small doses, it blocks CB1 receptors, increases weight loss, energy, and lowers body fat levels. In small amounts, it’s more effective than TCH. However, when you consume it in higher doses, it will give you strong psychoactive effects.

Because THCV hasn’t been studied in detail, little is known about its side effects. However, that doesn’t mean it doesn’t pose health risks. Cannabis has risks associated with it that every smoker needs to know about. Besides that, THCV is a robust psychoactive compound that may give you a distinct “high” when you smoke a higher dose. However, the psychoactive effects don’t last as long as those produced by THC.

CBDV (cannabidivarin),like CBD, is a non-psychoactive cannabinoid. Indica species grown in Nepal and India have a high concentration of this compound. Though it has received little attention like THCV, it has apparent anticonvulsant effects. Its structure resembles that of CBD.

Research is still ongoing on the potency of this cannabinoid though some study shows it may treat pain. The research conducted by Italian researchers also found that CBDV can help moderate the effects of epileptic seizures. Apart from that, it was discovered to minimize nausea in rats.

CBC, which’s also called cannabichromene, is a phytocannabinoid present in cannabis. Though it’s lesser-known, researchers have relatively dug into it. This compound is the second most concentrated in marijuana plants after THC. Like THC and CBD, research has found it effective in treating pain and other conditions.

Besides that, it’s an effective and safe alternative medicine for treating acne. According to a 2016 study published in the journal for experimental dermatology,  CBC can reduce sebum production, thus minimizing arachidonic acid’s effects. These are the qualities needed in drugs that treat inflammations and acne. However, what makes CBC stand from the rest of the cannabinoids is its ability to stimulate neurogenesis. Neurogenesis is required to combat a variety of conditions. According to professor Videbech, a psychiatric specialist at Aarhus University hospital, neurogenesis is vital for managing depression.

Studies have indicated that there are more than 100 cannabinoids present in the cannabis plant. These are just a few whose benefits have been discovered, and more research is being conducted on the others to unravel their potential medicinal uses. 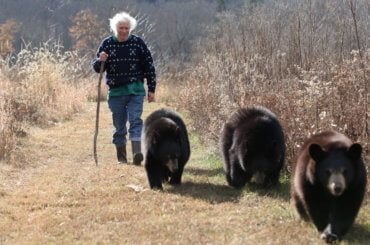 Going On A Bear Hike